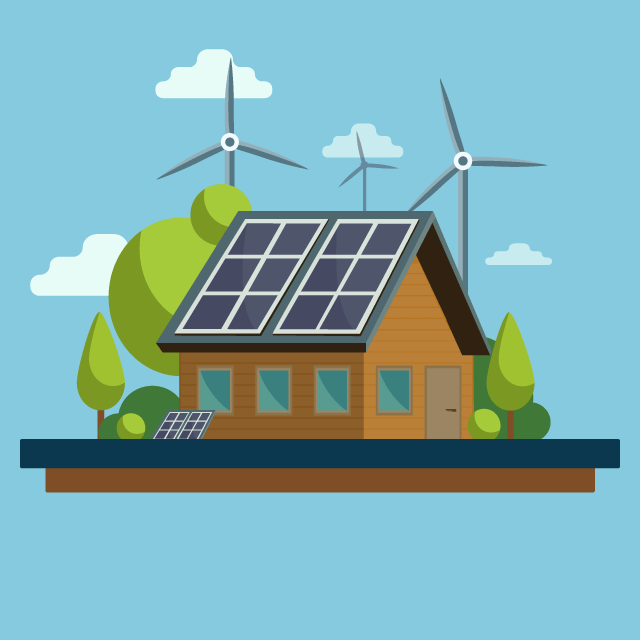 Climate change is real, and the evidence is all around us. While the changes to the earth’s climate are nothing new, it is apparent recent effects are having a devastating impact on countless people, places, and wildlife. If you want to know what climate change really is and why it matters, then keep reading to learn more about its causes, effects, and practical solutions to stopping it.

What Is Climate Change

You have probably heard the terms climate change and global warming used interchangeably. That’s because both describe changes in earth’s climate. While global warming focuses on the rising average temperature of the planet, climate change usually refers to the shifts in things like precipitation, wind patterns, and temperatures over a given period. Measured changes in climate could last a few years, decades, or even millions of years.

Climate change has occurred for as long as the earth has existed. It happens anytime earth’s climate patterns change and remain in place for a measurable amount of time. This has notably manifested itself in natural cycles of cooling and warming. Before human causes started to shift the global climate, five main factors interacted with one another as climate changes occurred. These five factors include: [1]

What Are the Causes of Climate Change?

The American Association for the Advancement of Science has stated, “The scientific evidence is clear: global climate change caused by human activities is occurring now, and it is a growing threat to society.” [2]

Below are a few of the ways humans are accelerating climate change.

Greenhouse gases play a vital role in the earth’s climate cycles. As the planet gets hit with the sun’s rays, some of the energy is absorbed, and the rest of that energy and heat gets reflected into space. Greenhouse gases in the atmosphere trap the reflected energy, redirecting it back down to the earth and eventually contributing to global warming. Various gases play this role, including:[3]

While some of these greenhouse gases, such as water vapor, are naturally occurring, others, such as CFCs, are synthetic. CO2 is released into the atmosphere from both natural and human-made causes and is one of the leading contributors to climate change. CO2 has been increasing at an alarming rate and has the potential to stay in the earth’s atmosphere for thousands of years unless it gets absorbed by the ocean, land, trees, and other sources. [4] However, as CO2 production has steadily risen, the earth’s natural resources to absorb it has also been diminished. This is already occurring in many ways as eath’s resources are disappearing from things like deforestation. Some studies even predict that plants and soil will be able to absorb less CO2 as the eath continues to warm—possibly accelerating climate change even further. [5]

Solar activity, as mentioned above, does play a role in the earth’s climate. While the sun does go through natural cycles, increasing and decreasing the amount of energy that it emits to the earth, it is unlikely that solar activity is a major contributor to global warming or climate change. Since scientists began to measure the sun’s energy hitting our atmosphere, there has not been a measurable upward trend.[6]

There are many significant ways in which agriculture impacts climate change. From deforestation in places like the Amazon to the transportation and livestock that it takes to support agricultural efforts around the world, agriculture is responsible for a significant portion of the world’s greenhouse gas emissions. However, agriculture is also an area that is making tremendous strides to become more sustainable. As productivity increases, less carbon is being emitted to produce more food. Agriculture also has the potential to act as a carbon sink, and could eventually absorb nearly the same amount of CO2 it emits. [7]

According to the Environmental Protection Agency, the most significant contributor to climate change in the United States is the burning of fossil fuels for electricity, heat, and transportation. Of these factors, transportation in the form of cars, trucks, ships, trains, and planes emits the largest percentage of CO2–speeding up global warming and remaining a significant cause of climate change. [10]

While interconnected to many of the agricultural and deforestation issues we have already touched on, livestock in the form of cattle, sheep, pigs, and poultry play a significant role in climate change. According to one study, “Livestock and Climate Change,” livestock around the world is responsible for 51% of annual global greenhouse gas emissions. [11]

From melting glaciers to more extreme weather patterns, people everywhere are beginning to take notice of the real impacts of climate change. While some nations around the world are taking action with initiatives such as the Paris Climate Agreement, others are continuing business as usual–pumping millions of tons of carbon into the atmosphere year after year. While the long-term consequences are still to be seen, for now, climate change continues to cause extreme weather as well as safety and economic challenges on a global scale.

Changes to weather are perhaps the most noticeable effect of climate change for the average person. One reason for this is the financial impact severe weather events can have. So far in the U.S. during 2019, there have been six climate disasters, most costing more than $1 billion. [12] According to the National Climate Assessment, extreme weather events will continue to increase in frequency and intensity as climate change continues to happen. [13] Extreme weather influenced by climate change includes:

Furthermore, climate change is likely to cause economic challenges in many parts of the world. Some estimates have the U.S. already spending around $240 billion annually due to human-caused climate change, and future costs are projected to be even higher. [15] However, putting an exact number on the real costs of climate change is difficult once you consider the staggering costs of losing natural resources like clean air and water.

The long term impact of climate change could be absolutely devastating to the planet and everyone and everything living on it. If the world continues on its current trajectory, then we will likely continue to see increasing effects on everyday life.

There are many ways in which climate change could impact people’s health. Depending on age, location, and economic status, climate change is already affecting the health of many and has the potential to impact millions more. According to the Center for Disease Control and Prevention, climate change-related health risks may include: [16]

Ecosystems are interconnected webs of living organisms that help support all kinds of plant and biological life. Climate change is already changing seasonal weather patterns and disrupting food distribution for plants and animals throughout the world, potentially causing mass extinction events. Some studies estimate that nearly 30% of plant and animal species are at risk of extinction if global temperatures continue to rise. [17]

Climate change could have a significant impact on food and water supplies. Severe weather and increased temperatures will continue to limit crop productivity and increase the demand for water. With food demand expected to increase by nearly 70% by 2050, the problem will likely only get worse. [18]

Rising sea levels could have far-reaching effects on coastal cities and habitats. Increasing ocean temperatures and melting ice sheets have steadily contributed to the rise of sea levels on a global scale. At current rates the National Oceanic and Atmospheric Administration estimate sea levels to rise by at least 8 inches by 2100, potentially causing increased flooding and decrease in ocean and wetland habitats. [19]

While contributing to rising sea levels, shrinking ice sheets present their own set of unique problems, including increased global temperatures and greenhouse gas emissions. Climate change has driven summer melt of the ice sheets covering Greenland and Antarctica to increase by nearly 30% since 1979. [20]

The ocean is one of the main ways in which CO2 gets absorbed. While at first glance that may sound like a net positive, the increasingly human-caused CO2 is pushing the world’s oceans to their limits and causing increased acidity. As pH levels in the ocean decrease, shellfish have difficulty reproducing, and much of the oceans’ food cycle becomes disrupted. [21]

While the effects of climate change can seem bleak, there is still hope. By taking immediate action to curb climate change, we may never see the worst consequences. Likewise, as the world adopts cleaner, more sustainable energy solutions, there may be millions of new jobs created and billions of dollars of economic benefits. Below are some practical ways you can battle climate change, including:

← Prev: What Is The Paris Climate Agreement? Everything You Need to Know Next: Carbon Offsets for your Wedding? →