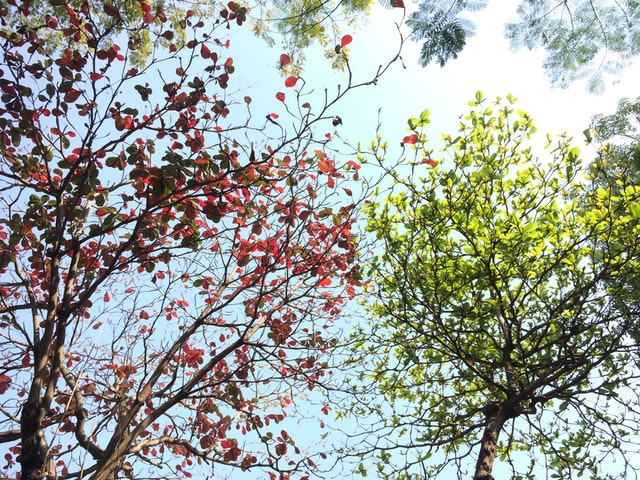 With so much talk about reducing carbon footprints and using more renewable energy, you’re hardly alone if you’re confused about some of the methods and technologies involved.

After all, climate change is a global problem, and with so many different solutions needed to turn things around – it can be hard to keep track of them all.

For example, you may have read about Apple’s recent pledge to become carbon-neutral by 2030, which, among other measures, will involve purchasing thousands of renewable energy certificates – also known as renewable energy credits – or RECs for short. Similarly, the last time you bought a plane ticket, the airline may have given you the option of purchasing carbon offsets to balance out the emissions of your flight.

And so, while you probably hear a lot about carbon offsets and RECs these days – do you know the difference between the two?

Thankfully, it’s not a case of one being better than the other – both help the environment in a measurable and long-lasting way. Instead, it’s about understanding which of the two actions is the most effective way to reach the desired goal.

“To be clear, the question of offsets vs. RECs is not a question of better or worse. Offsets and RECs are simply different players in a similar game. Both represent the environmental benefits of certain actions that can help mitigate climate change and reduce our reliance on fossil fuels.” Aimee Barnes, greenbiz.com

Today, we’re shedding some much-needed light on these two popular and highly-effective forms of climate action, which will make it easier for you to decide whether to invest in one or the other – or perhaps even both.

RECs – The Addition of Renewable Energy to the Power Grid

Each renewable energy credit – or REC for short – represents one megawatt-hour (MWh) of renewable energy production, which is equal to 1,000 kilowatt-hours. 1 MWh of energy is roughly the amount used by the average US home each month.

When renewable energy is generated – such as from a wind farm – not only does it create new electricity for a home or business, but it also does so without burning any fossil-fuels such as coal or natural gas. And in simple terms, RECs are the way we can measure and track the benefits of this clean energy.

The most common sources of energy generation used to create RECs are:

Why Should You Purchase RECs?

In the US, we’ve made some incredible progress in de-carbonizing our electricity grid over the last ten years, with around 20% of our electricity now coming directly from renewable sources such as solar, wind, and hydro.

But while most people prefer to use clean energy instead of burning fossil fuels, not everyone can mount solar panels on their roof or install a wind turbine. Similarly, not all power retailers can offer renewable energy plans to their customers as there may not be sufficient generation in the local network.

And so, as you’ve probably guessed – that’s where RECs come in.

RECs are a system in which everyone in the US can invest in renewable energy, no matter where they are. When you buy a REC, you’re supporting the addition of 1 MWh of electricity to the grid that came directly from a renewable source, and the displacement of 1 MWh of energy that would have otherwise come from burning coal or natural gas.

At terrapass, most of our RECs come from wind power – one of the most effective and reliable forms of clean energy. Wind farms now provide more than 7% of all electricity in the US and have become the single largest source of renewable energy in the country.

When you purchase RECs, you’re directly contributing to the expansion of existing wind farms, the construction of new ones, and the creation of additional jobs. But perhaps most importantly, you’re also helping to reduce the cost of wind power – meaning that even more people will benefit in the long-run.

How are RECs Verified?

In the same way that electricity can only be used once, each REC can only be sold once to guarantee that it has the intended environmental benefit. Every REC is given a unique ID number that is “retired” when it is purchased – ensuring that the same certificate can’t be re-sold again in the future.

At terrapass, we create peace of mind by verifying all of our REC sales through a trusted 3rd party. An independent accounting firm, Grant Thornton LLP, performs a yearly audit of all REC sales, ID numbers, and retirements, confirming the validity of every certificate sold. When you purchase a REC, you also receive an official certificate to document your contribution.

Carbon Offsets – The Prevention or Removal of CO2 Emissions

In contrast to RECs – which involve creating new energy – carbon offsets are activities that either prevent carbon dioxide from entering the atmosphere – or remove it once it’s already there.

From the list above, you may have noticed that several of the carbon offsets actually reduce methane instead of CO2 – and for a good reason. Methane is officially recognized by the Intergovernmental Panel on Climate Change as one of the five primary greenhouse gasses – and is significantly more potent than CO2 as a warming agent. Carbon offsets are generally measured in metric tons of carbon dioxide, and in the case of methane reduction, they are calculated as an equivalent – ensuring every purchase has an identical environmental benefit.

Why Should You Purchase Carbon Offsets?

Even though most people are working to reduce greenhouse gasses, there are still significant carbon emissions created by our day-to-day activities. Energy consumption, driving, air travel, and communication all produce gasses such as CO2 and methane that contribute to global warming.

And so, as we work to reduce our environmental impact, we can also use carbon offsets to balance out the remaining emissions that would otherwise go unchecked.

For example, you can calculate your personal carbon footprint using our online tool, which will tell you how many pounds of CO2 are created each year from your daily activities. Similarly, companies of any size can do the same using our business calculator, which includes variables such as your industry type, number of employees, and transportation needs. Once you know the size of your carbon footprint, you can purchase carbon offsets to eliminate some or even all of your emissions.

How Are Carbon Offsets Verified?

With climate change presenting such an urgent challenge, it’s critical that all carbon offsets are created and tracked in a transparent way.

At terrapass, we ensure that all of our carbon offsets deliver a genuine and measurable environmental benefit by employing three tiers of quality assurance:

Whether you’re an individual or a business, carbon offsets can play a vital role in reducing greenhouse gas emissions and improving the quality of our air. At terrapass, we ensure that every one of our carbon offsets makes a measurable difference via a broad range of projects that benefit not just the environment – but local communities as well.

Carbon Offsets or RECs – Which Should You Choose?

While RECs and carbon offsets may differ in their application, they both help to lower our greenhouse gas emissions and reduce the long-term impacts of global warming.

Ultimately, your choice of one or the other comes down to what you’re trying to achieve:

While neither option is a magical cure for climate change all on its own, they’re both playing a pivotal role in de-carbonizing our world and accelerating the clean energy revolution.

Ultimately, the best thing we can do for the planet – both as individuals and businesses – is to reduce our carbon emissions in the first place. By re-thinking our energy sources, consumption patterns, waste disposal, and modes of transport, we can significantly lower the volume of harmful gasses entering the atmosphere and warming the climate.

And in cases where there are emissions beyond our control, we can use RECs and carbon offsets to close the loop – and restore a natural balance.

Photo by le vy from Pexels 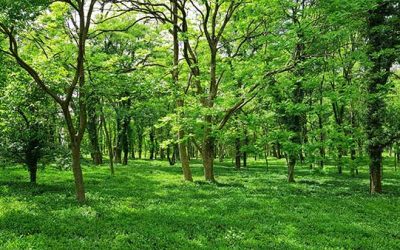