Wind Energy and the Texas Blackouts: Here’s What Really Happened 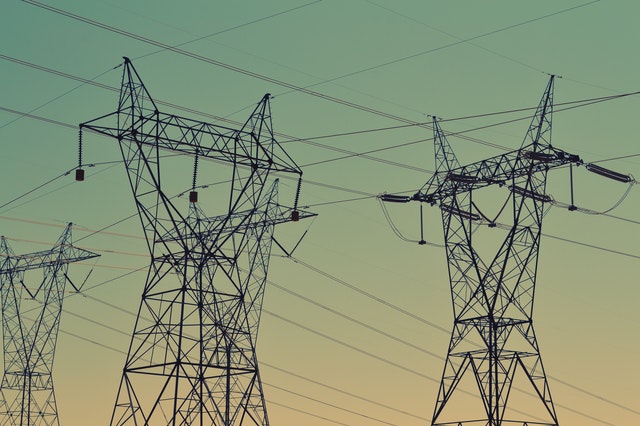 We all know Texas as a state that’s all about bigger and better. And when it comes to generating and consuming energy, it’s no exception.

In addition to holding dual-titles as both America’s largest producer and user of energy, the lone star state is also the nation’s biggest supplier of crude oil and natural gas, and even has two nuclear power plants. But Texas is also home to more wind farms than any other state – by a wide margin – and currently produces almost a quarter of all wind power in the US.

In fact, if Texas were a country, it would be the world’s fifth-largest generator of wind energy.

But during the recent once-in-a-generation winter storm, sub-zero temperatures blanketed the state in thick layers of ice and snow – and the ensuing combination of rising thermostats and frozen energy networks left millions of people without power.

Of course, it didn’t take long for the finger-pointing to begin. We immediately saw the spread of false narratives, claiming the outages were caused by frozen wind turbines that stopped spinning just when Texas needed them the most. One viral social media post even included the image of a helicopter de-icing a “local” wind turbine that was actually taken in Sweden in 2014 – and even that was just a demonstration.

But putting misinformation aside, the discussion does raise a key question: how much of a role did wind farms play in the Texas blackouts? Well today, we’re taking an objective look at the facts – and setting the record straight once and for all.

So, What Actually Happened in Texas?

Texas is the only US state with an independent power grid, meaning that it is largely reliant on its own infrastructure and generation. Usually, this isn’t a problem, and it comfortably meets all of its energy needs while even selling surplus electricity to neighboring states. But when arctic conditions recently hit, the state’s energy demand suddenly outstripped supply – forcing the Electricity Reliability Council of Texas (ERCOT) to trigger rolling blackouts in order to avoid catastrophic network damage.

When we take an objective look at the facts, it’s clear that the outages were caused by a combination of three extraordinary circumstances:

While it’s true that around half the state’s wind farms were impacted or shut down by the freezing conditions, ERCOT said that most renewables in the state actually performed near or above expectations during the cold snap – while fossil-fuel plants generally underperformed.

“It appears that a lot of the generation that has gone offline today has been primarily due to issues on the natural gas system.” Dan Woodfin, senior director, ERCOT

In addition, network operators were banking on coal, natural gas, and nuclear to meet around 80% of the state’s winter energy needs – while expecting only 7% from wind farms. But when suddenly hit by sub-zero temperatures, one of the state’s two nuclear reactors had to be shut down, coal plants suffered equipment malfunctions, and gas pipelines froze due to a lack of insulation.

The reality is, all energy generators – whether they run on coal or wind – can fail to maintain supply during such an unpredictable storm. And while many of the state’s wind farms were affected by the cold – they were a relatively small piece of a much larger puzzle.

Why Are Some People Blaming Wind Farms for the Blackouts? 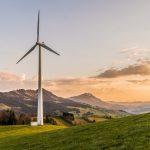 Renewable energy sources such as wind, solar, hydro, and the emergence of grid-scale batteries are modernizing and improving the American energy mix in many ways, but sadly, not everyone is excited about the change. Unfortunately – and in many ways, surprisingly – some people promote misinformation that renewable energy is an unreliable resource that disappears at the first sign of trouble.  We’re not trying to say renewable energy is perfect.  But let us be very clear about one thing: the claim that the Texas blackouts were caused solely by frozen wind turbines is categorically and demonstrably wrong.

Of course, this isn’t the first time we’ve seen renewables falsely blamed for causing power outages during freak storms – nor will it be the last. In 2016, solar and wind farms were scapegoated for causing a state-wide blackout in South Australia, even though proof quickly came to light that it was really caused by severe wind damage to critical transmission towers.

Ultimately, we think the only way to stop the spread of misinformation is to identify and promote the facts – while also encouraging other people to do the same.

Many areas of the world already generate significant amounts of wind energy during prolonged and extreme winters – including right here in America.

Iowa sourced more than 41% of its energy from wind farms in 2019, and the state is certainly no stranger to freezing conditions. Across Europe, many of the coldest countries are actually leading the way in wind power, with the UK, Norway, Denmark, Germany, and Sweden all boasting impressive – and growing – wind power industries.

So why did so many wind turbines freeze in Texas? Well, primarily because they weren’t prepared for the sudden onset of such cold conditions.

“As long as wind turbines are properly maintained and serviced, they can operate reliably in temperatures well below zero. Humans, to carry out servicing and maintenance and operation, are the most important factor, not the weather.” Benjamin Sovacool, University of Sussex (UK)

With climate change causing more frequent and severe weather events, governments worldwide will need to look for better ways to prepare their energy networks for unpredictable conditions. And whenever a region suffers from a record-breaking heatwave or storm, some people will invariably point the blame at the latest and most disruptive technologies.

For the time being, renewables such as solar, wind, and batteries are going to continue to face criticism. But despite the unfounded claims, it’s clear to us that clean energy is the solution to a looming global problem – and sooner or later, the truth always wins.

Renewable Energy Is Rising – But It Needs Our Support

The recent storm in Texas might have been the worst in three decades – but it’s something we’re likely to see a lot more often without effective action to reverse global warming.

At terrapass, we believe wind power has a vital role to play in America’s energy future, and that’s exactly why we support local wind farms via the sale of renewable energy certificates (RECs). If you’d like to support America’s wind sector, you can purchase RECs to offset your fossil-fuel electricity use, reduce your carbon footprint – and help to restore the natural balance.

In a short space of time, wind power has transformed from a niche industry into one of America’s primary electricity sources. And as long as we continue to value the truth, share the facts, and support wind energy as best we can – we’re on a path to a cleaner and healthier planet.

← Prev: Can We Re-Balance the Global Carbon Cycle Before It’s Too Late? Next: Some Big Fashion Brands Are Going “Carbon Neutral”, but What Does That Mean? →