Veteran’s Day and the Environmental Hazards of War 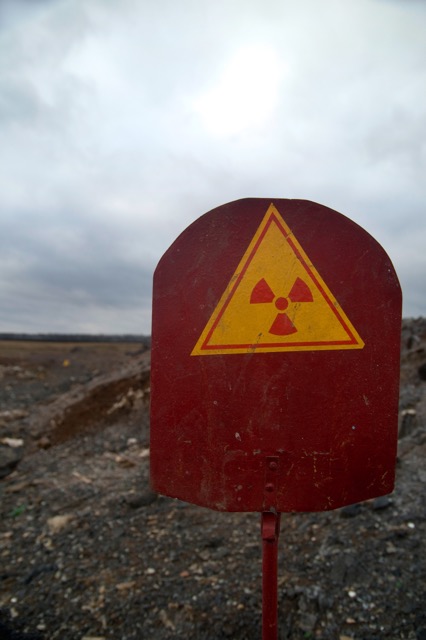 On Veteran’s Day, we recognize the men and women who bravely served in the U.S. Armed Forces. We honor them for their dedication and the sacrifices they made, many of them still dealing with the physical and mental after-effects of war. However, it’s not only the people who serve that suffer battle scars. Many chemicals and other weapons used in battle have poisoned the environment, leaving it a more toxic place for all of us.

Energy from nuclear bombs dropped on Hiroshima and Nagasaki during World War II not only killed tens of thousands, but also caused fires and exposed many to harmful radiation. Decades later, cancer deaths have been blamed on the chemical poisoning and many babies born just after the blasts suffered serious birth defects or did not survive. Polluted precipitation, also known as “Black Rain,” carried radioactive material with it, detectable many years later in soil and farm products.

During the Vietnam War, U.S. troops used Agent Orange, a strong herbicide, to clear vegetation, remove forest cover and destroy crops. The chemical caused devastating health problems for those exposed to it and precipitated massive defoliation and destruction of croplands. Decades later, Agent Orange’s toxic ingredient (the chemical dioxin) is still found in Vietnam’s land and water, and the impacts on the ecosystem are still visible, especially in the heavily sprayed mountainous areas along the Ho Chi Minh trail. In addition, ancient animal habitats were destroyed and animals were threatened with extinction.

Napalm was also used as a weapon in Vietnam, severely and painfully burning or asphyxiating its victims. Napalm bombs removed oxygen from the air while simultaneously generating carbon monoxide, which often resulted in the surrounding air containing 20% or more carbon monoxide. The heat from these napalm bombs made rivers so hot that people were even boiled to death.

The environmental effects of war are also present stateside. A former military munitions testing site, Jefferson Proving Grounds, in southern Indiana, has more than 160,000 pounds of depleted uranium ammunition held in storage. The site was started in 1940 by the U.S. War Department, with a mission to support research, tests and operations of the U.S. Army. The site received, stored and issued stocks of ammunition, and it was finally closed in 1995. The U.S. Nuclear Regulatory Commission reports that the high risk and high cost for collecting and disposing of the unexploded materials and the possibility of groundwater contamination make environmental clean up efforts essentially impossible.

Researchers of late have spent much time studying the environmental effects of a nuclear conflict. Their models show that a 100-bomb war would produce five megatons of black carbon that would be dispersed into the atmosphere. This would block out the sun and reduce the temperature of the Earth by up to 2F in just one year. These conditions would have a devastating effect on rainfall. Between two and six years after the war, the plummeting temperatures would cause a much-reduced growing season for crops and a 25% loss in ozone, leading to a spike in skin cancers.

A separate 2013 study found that a similar 100-bomb war would kill millions in the blasts themselves and result in the deaths of two billion people due to starvation.

Clearly, the global effects of war are devastating. While the damage is deep and far reaching, you can help improve the environment and prevent further damage by purchasing Carbon Offsets from TerraPass. Offsets reduce your environmental footprint and support emission reduction projects that make a lasting difference.

For more information on global climate issues, stay connected to the TerraPass Footprint Blog. And don’t forget to follow us on Twitter and like us on Facebook, where we’re always sharing tips and information on living an eco-friendly, green lifestyle.