The Future of Sustainable Air Travel 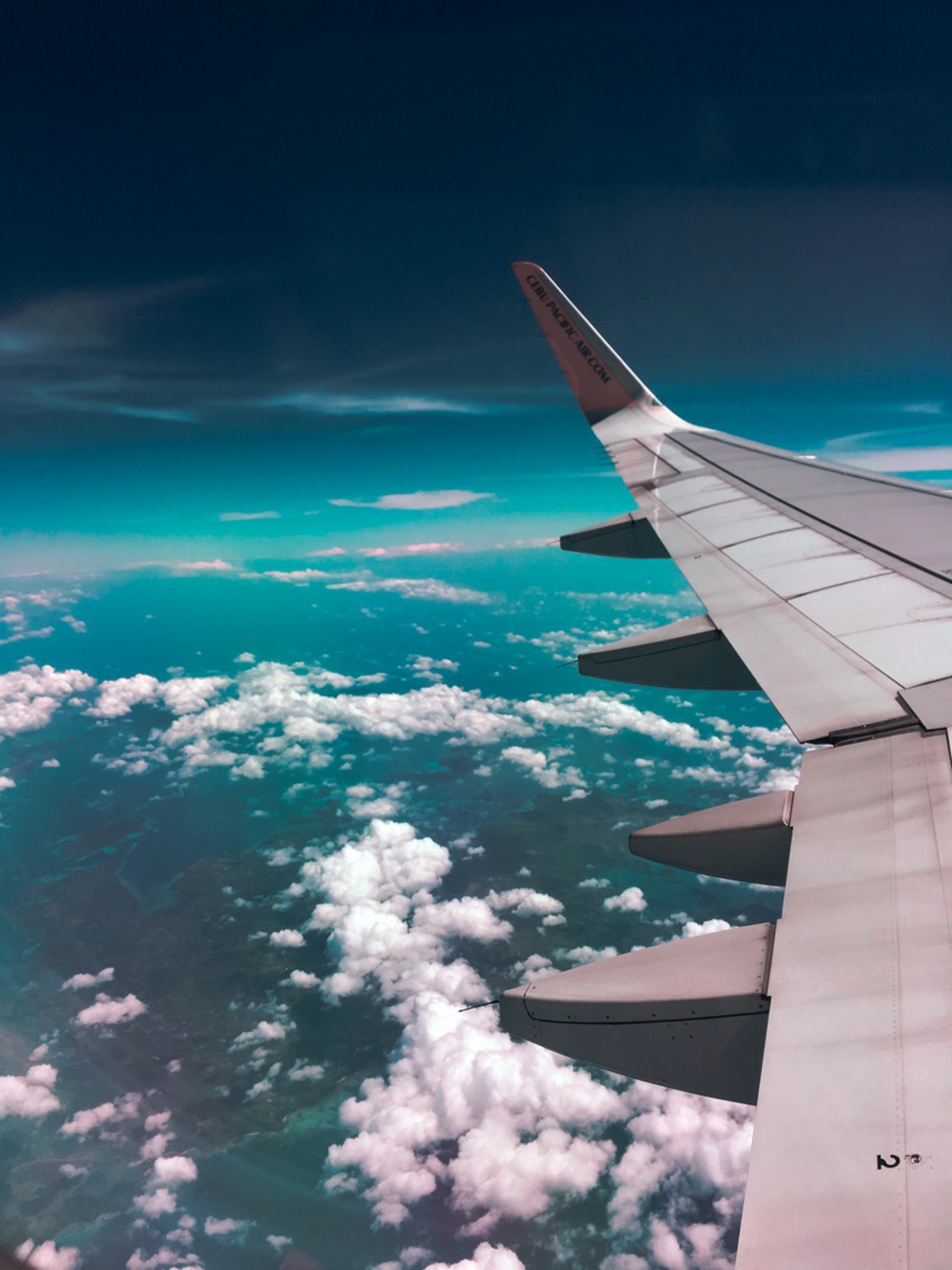 The last time you were in the air, did you give any thought to your aviation carbon footprint?

It’s not something many of us think about, but with a growing interest in sustainability and global warming, aviation industry carbon emissions have become a very hot topic.

Currently, air travel is responsible for around 2% of all global emissions, equivalent to that of entire countries such as Germany and Canada. And with the majority of greenhouse gasses created by jet fuel emissions, there’s growing demand to develop cleaner – and ideally, cheaper – ways to keep planes in the air.

The Search for Cleaner Alternatives

The aviation industry is already taking some enormous strides towards reducing its carbon footprint, punctuated by this year’s announcement by JetBlue that it would become carbon-neutral from July 1st. The airline has committed to purchasing carbon offsets for all domestic flights, while laying plans to invest in cleaner forms of fuel.

Lufthansa, one of Europe’s largest airlines, is developing a new form of sustainable aviation biofuel, made from “concentrated sunlight” and carbon extracted directly from the air. The fuel is entirely carbon-neutral, as the CO2 emissions were already removed from the atmosphere during production.

Neste, the world’s largest supplier of sustainable aviation fuel (SAF), is supplying biofuel to three US airlines flying from San Francisco airport. The company claims its biofuel – made from a mix of renewable and sustainable waste, including cooking oil and animal fat – can reduce greenhouse gas emissions by 80%. Neste’s biofuel will power flights by American Airlines, JetBlue, and Alaska Airlines via a unique pipeline that San Francisco airport has called “a climate quantum leap.”

In the path towards sustainable aviation, hydrogen is also emerging as a viable replacement for gasoline and kerosene. And while most of today’s hydrogen comes from methane and natural gas, the growing demand for “green hydrogen” could hold the key to eliminating aviation industry greenhouse gas emissions.

“…we have the ambition to bring a zero-emissions commercial airliner to market in the early 2030s, and one of the most promising technologies to allow us to do that is hydrogen. It can be produced directly by solar and wind, and we can then carry that energy onboard, either in fuel cells or combustion in a gas turbine.” –  Glenn Llewellyn, vice president zero-emissions technology, Airbus

The EU has already laid out ambitious plans to have hydrogen-powered planes in the sky by 2035, which could reduce emissions by up to 90%. Green hydrogen uses renewable energy – such as wind and solar – to split water into oxygen and hydrogen, which can then be stored in a fuel cell.

And although we need a substantial increase in green hydrogen production, work is already well underway. The world’s largest green hydrogen facility is due to open in California in 2023, with plans to create almost 4 million kilograms of clean hydrogen every year, using recycled waste as a fuel source.

With falling solar and wind costs, investments into green hydrogen are expected to skyrocket over the next ten years. At the end of 2019, global production capacity was around 250 MW, but by just 2025, this figure is projected to exceed 3,200 MW – an increase of more than 1,200%.

With the phenomenal rise of electric vehicles over the last five years, there’s growing interest in exploring whether batteries can reduce aviation carbon emissions by powering electric planes.

Currently, weight is the most prohibiting factor, with around 50 kg of batteries needed to replace 1 kg of jet fuel. And because batteries don’t burn away like fuel does, planes would need to carry extra weight for the entire flight – making long-distance travel very difficult.

But while batteries might not be the answer to aviation industry carbon emissions just yet – there are plenty of exciting developments in the works. A research team in Switzerland has built an all-electric trainer aircraft that it hopes will fly more than 400 emission-free miles – and break world records in the process.

Elon Musk, always at the forefront of clean technology, recently stated that with improvements to battery density, electric aviation might be possible within 3-4 years – far sooner than previously thought.

Technical challenges aside, electric planes could significantly reduce air travel emissions and even enable entire flights to be powered by renewable energy. And though batteries may only suit small planes covering short distances – at least initially – the benefits of electric aviation could re-shape the entire industry.

As we move along the flight path to sustainable aviation, it’s becoming easier for us to make greener choices when buying a plane ticket.

But until the time when biofuels, hydrogen, and batteries become the new standard, there are other ways you can fly carbon-free. Whether you’re traveling for business or leisure, you can calculate the carbon emissions of your flight and purchase carbon offsets to balance your emissions and reduce your environmental impact. In addition, you can purchase direct flights, minimizing the weight of your luggage, and using trains or buses for short-distance travel.

Modern aviation has made long-distance travel faster and more convenient than anyone could have imagined, but we also need to be aware of the energy and fuel required to move us from one place to another.

But with more airlines offering greener alternatives, simple ways to offset your emissions, and growing demand for sustainable aviation fuel – air travel is on a path to becoming a guilt-free experience.

Photo by Sheila from Pexels