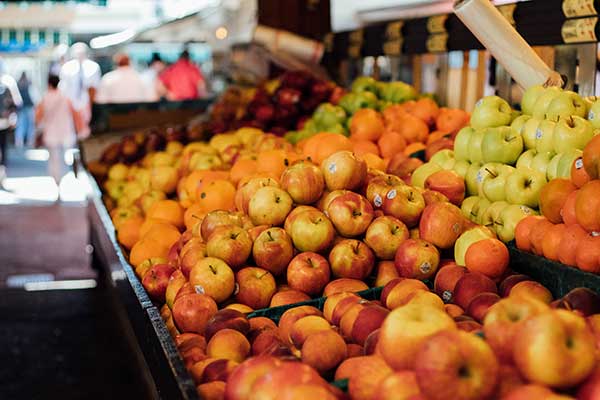 When you’re trying to select foods that are great for both workers and the environment, deciding between local and fair trade can be a difficult choice.

On the one hand, buying local supports the farmers and growers in your community and helps to strengthen the American economy. On the other hand, fair trade items follow strict ethical and environmental standards that vastly improve lives in some of the world’s poorest and most disadvantaged countries.

“Fairtrade has definitely helped our community – it has helped us improve our school and water supplies. It has also made a big difference in the price we get for our coffee with the guaranteed payment.” Workineh Heldaja, Oromia Coffee Farmers Cooperative Union, Ethiopia

In some cases, deciding between local and fair trade items can mean selecting a different type of product, such as choosing locally-grown capsicums over imported fair trade tomatoes. In other cases, there may be both local and fair trade versions of the same produce – giving you a choice of which way you want to go.

In today’s article, we’re exploring the pros and cons of these two options to help make your next shopping trip a little easier – so let’s take a closer look.

To work out which is the best choice for you, it’s helpful to understand the key differences between local and fair trade foods.

Local produce refers to items originating from your surrounding state, region, or even city. Common items include fruits, vegetables, dairy, eggs, seafood, and meat, but also coffee, tea, sugar, honey, and flowers. While factors such as globalization and technological innovation have reduced the number of American farms over the last 50 years, there are still more than two million operating in the US today.

As local produce comes from within a small geographical area, it does not require long-distance transportation or storage in multiple facilities – typically resulting in fresher items with a smaller carbon footprint.

Fair trade foods often come from regions such as South America, Africa, and Asia, where many producers have traditionally struggled with unpredictable markets and the price pressures imposed by large multinationals. Fair trade certification ensures that vulnerable producers receive a guaranteed minimum wage for their labor, while also assisting businesses with training, development, and the formation of cooperatives.

America’s growing interest in food quality, sustainability, and employment has increased the demand for locally-grown foods over the last ten years, with more than 70% of US counties now boasting at least one farmer’s market.

The Advantages of Buying Local

A key advantage of buying produce from your town or region is that your money stays in the community and strengthens the local food industry. Your investment directly supports the people who produce the goods and helps to keep the money circulating in your local economy.

“The New Economics Foundation, an independent economic think tank based in London, compared what happens when people buy produce at a supermarket vs. a local farmer’s market or community supported agriculture (CSA) program and found that twice the money stayed in the community when folks bought locally.” David Boyle, author and researcher, NEF

Buying local foods is also one of the best ways to support American jobs by keeping existing workers employed and helping producers to expand their businesses.

Most imported foods arrive on large cargo ships which produce substantial amounts of CO2, but some perishable goods are transported on planes which generate a significantly higher carbon footprint. On the other hand, local produce travels over much shorter distances and avoids the emissions associated with sea and air travel, as well as the processing and refrigeration needed for many imported foods.

Local produce has a much shorter journey from the farm to your plate, meaning it’s generally fresher and passes through fewer facilities and packing stations. This quick turnaround not only leads to better tasting produce – but also avoids many of the contamination risks associated with the global food supply chain.

The Drawbacks of Buying Local

Even though it seems counter-intuitive, local foods are often more expensive than their imported mass-produced counterparts. Local farms that generate smaller quantities typically incur higher production and labor costs than those outsourced to cheaper countries, while many local companies also specialize in organic and premium-quality produce that is more time-consuming and expensive to cultivate.

If you stick to local produce from grocery stores or farmer’s markets, you’ll typically have a smaller selection as certain foods can only be grown at specific times of the year. For some people, eating seasonal produce is a fun opportunity to explore new foods, while for others, it often feels limited compared to the wide selections typically found on supermarkets shelves.

Fair Trade: A World of Ethical and Sustainable Produce

For more than 60 years, fair trade certification has empowered consumers to support brands investing in ethical and sustainable work practices. The fair trade produce market now generates billions of dollars every year, helping farmers and workers to earn higher wages and improve communities in some of the world’s poorest regions.

The Advantages of Fair Trade

The fair trade system ensures that farmers and workers are paid reasonable wages that support a decent standard of living. With dramatic variations in supply and demand and a global food system dominated by large multinationals, fair trade enables smaller producers to level the playing field and protect themselves from volatile markets.

“Through established minimum pricing, social premium funding and standards that guarantee protections as well as safe working conditions, Fair Trade raises the bar towards creating a more sustainable agricultural economy that places people and the environment at its center.” Ravdeep Jaidka, Vice President of Equal Exchange Produce US

As an example, workers at the Mount Meru flower farm in Tanzania have seen a 30% rise in their wages since gaining fair trade accreditation, which has improved their quality of life and enabled them to invest money into education and healthcare.

Some poverty-stricken farmers receive such little revenue from their efforts that they resort to child labor to keep their businesses going. Fair trade certification ensures that no products or brands benefit from child labor, helping children in developing countries to focus on their education and family rather than enter the workforce at a young age. For example, Fairtrade America states that its certified producers are not to employ anyone under the age of 15, and only workers under 18 if it does not impact their education or development.

In addition to improving the welfare and livelihoods of farmers in developing countries, the fair trade system also prioritizes sustainable farming practices that find a better balance with nature. By learning to work with the land rather than against it, fair trade helps producers to develop stronger businesses that are less affected by variable weather patterns and the impacts of climate change.

According to Fair Trade USA, more than 60% of fair trade imports are also certified as organic, meaning they are produced without artificial pesticides or GMO’s. For consumers looking to make more sustainable choices, fair trade certification helps to identify products made to much higher environmental standards – which ultimately provide farmers and growers with long-term employment.

The Drawbacks of Fair Trade

As the majority of fair trade items are imported from developing nations, they generate higher carbon emissions associated with processing, refrigeration, and transport. While local foods often come from within a 100-mile radius, imported fair trade goods can travel thousands of miles on cargo ships or planes which generate CO2 emissions and contribute to global warming.

With higher wages paid to farmers and workers, it’s no surprise that fair trade items are generally more expensive than their mainstream equivalents. But while this can mean spending a little extra at the checkout or your local café, there is still a growing demand for fair trade items as more Americans look to support brands with ethical and sustainable work practices.

The Profits May Go Overseas

As opposed to local produce which supports producers in your region, fair trade brands may be foreign-owned and therefore send the profits elsewhere. If you’d like to discover more about the thousands of fair trade products in the US, you can view Fairtrade America’s company directory to learn more about each brand’s history, operations, and impact.

In Conclusion: Is It Better to Buy Local or Fair Trade?

Whether you select local or fair trade foods, you’re doing an excellent thing for producers and contributing to a healthier and more ethical food system. Ultimately, the choice will come down to your personal values and preferences, the availability of particular items, and the types of farmers and producers you wish to support.

If you like the idea of finding a healthy middle-ground, you can adopt the “local first, fair trade second” rule, in which you prioritize local and seasonal foods wherever possible – and buy fair trade for the rest.

Of course, if you’d like to reduce the carbon footprint of your food, you can also decrease your meat and dairy consumption and purchase verified carbon offsets to balance your environmental impact.

With growing consumer demands for corporate transparency, ethical work practices, and environmental sustainability, it’s terrific to see so many people prioritizing local and fair trade items. Ultimately, these choices not only improve the lives of farmers, growers, and workers both here and overseas – but contribute to a more sustainable food system and a cleaner, healthier world.

Brought to you by terrapass.com
Featured image:

← Prev: How to Plan a Sustainable Wedding Next: What Are Carbon Offsets, and Why Are They Important? →

There are a lot of words associated with sustainability and climate change. Some of them are overused buzzwords, while... 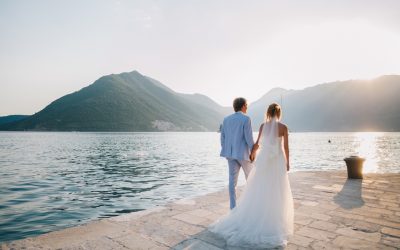 How to Plan a Sustainable Wedding

Today's weddings face a growing problem: they have a big impact on the environment. Think family and friends' travel,...