The Sequester automatically went into effect on March 1. Hopefully you’ve done your fair share of reading on the topic, and you understand how we got ourselves into this pickle. $85 billion will be cut from the federal budget by the end of the year, and a blunt hatchet was used where many say a scalpel was needed. At least $1.5 trillion will be shaven from the deficit over the next ten years. But how will the items on the chopping block affect crucial climate change policy? 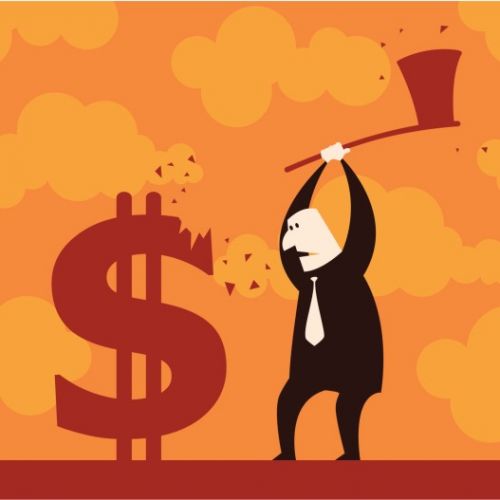 To start, The Environmental Protection Agency (EPA) and other groups, which are critical to creating and enforcing emissions limits, are faced with severe budget cuts. The EPA’s Air program, which addresses air pollution from mobile and point sources, has lost $100 million in funding.  Moreover, the EPA’s enforcement budget will be chopped down by $64.5 million, which is crucial to monitoring pollution levels, and penalizing emissions violations. State and local environmental groups may also suffer from reduced grants, which are crucial to accurately monitoring local pollution levels, which, without proper monitoring, could be detrimental to the environment and public health.

In addition to cutting funding for programs that limit and monitor emissions the sequester cuts clean energy research funding and could cause the U.S. to fall far behind the rest of the world’s renewable energy technology. $254 million is set to be cut from the Department of Energy’s science program, $91 million of which will be taken from the DOE’s energy efficiency and renewable programs. This means that automobile efficiency research funding will be cut, and lessen the U.S.’s competitiveness in the international high efficiency vehicle market.

China and Europe are investing in renewable technologies at a growing speed, and if the U.S. falls behind, the US renewable energy market could suffer. Government investment is critical to funding renewable energy research, and producing cost efficient renewable energy that will be competitive on a global scale. In order to stay in the game, the US needs funding as the industry continues to grow.

The National Parks Service, which is essential to the preservation of pristine environments in the U.S., will suffer from major funding cuts totaling around $110 million, eliminating more than 200 wildlife management jobs, putting vulnerable creatures and habitats at risk. Yellowstone National Park has already been affected by the budget cuts, as they have been forced to keep their doors closed, and delay the open season in order to preserve their precious funds.

The sequester was put into place to reduce the deficit, but ignores the need to close the tax loopholes for big oil companies that benefit from federal subsidies. The Wilderness Society and other environmental groups have identified more than $760 billion in additional tax revenue from unnecessary tax expenditures for fossil fuels. Big Oil’s tax money has the potential to take a chunk out of the federal deficit, will instead continue to fund oil drilling and fossil fuel extraction. On positive note, the Sequester includes the new limits to the DOI’s ability to issue drilling permits, which could slow offshore oil drilling, limit our dependence on fossil fuels, and bring urgency to the United State’s need for more clean domestic energy.

Democrats and Republicans have made efforts to avoid the Sequester, but Congress is still nowhere close to coming to an agreement. Obama  has proposed a plan that would replace the harsh budget cuts, and reduce the deficit with a mix of carefully-planned spending cuts and new revenue from closing tax loopholes for corporations and the wealthy. We hope to see changes before the funding cuts lose the attention of our leaders that they deserve, which could make crucial renewable energy research to come to a standstill, or cause the U.S. to take a few steps back in terms of climate change policy.

← Prev: The carbon footprint of Valentine’s Day Next: Putting the green in St. Patrick's Day →