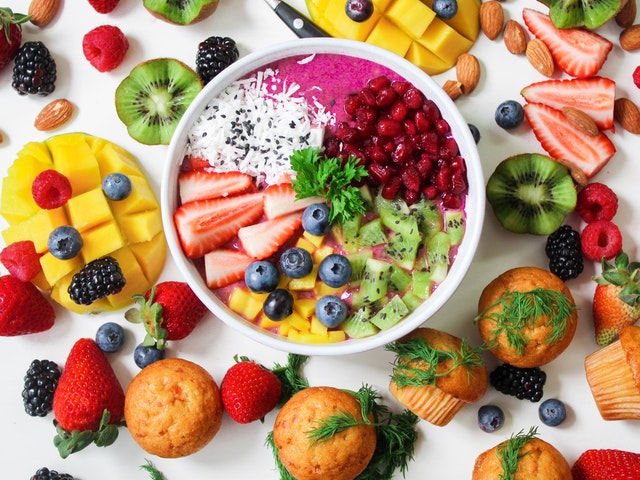 It’s no secret that to sustain all human and animal life on earth, we need to support the natural systems that provide our reliable supply of food and water.

And with the effects of climate change reaching every corner of the globe, it’s clear that we need to significantly decarbonize the ways we grow, produce, transport, and eat our food if we want to sustain a planet that will soon be home to ten billion people.

Currently, worldwide food production accounts for around 25% of all greenhouse gas emissions and is only marginally less than global electricity and heat generation. Within the total figure, we can break down the specific carbon emissions by food industry sectors:

And as you can see, because the food industry greenhouse gas emissions come from a variety of different sources, there’s no single action we can take to solve the problem. Instead, we need changes at many different levels involving farmers, producers, transport companies, retailers, and of course, us – the end consumers.

This article delves into the inner-workings of our food and beverage system, and takes a look at what we can do – both as companies and individuals – to reduce emissions and restore the natural balance.

There’s growing evidence that when it comes to eating climate-friendly foods, a plant-based diet wins hands-down.

Extensive research by Our World in Data shows that the top four most carbon-intensive foods are all animal products – namely beef, lamb, and cheese. In fact, every kilogram of beef produces 60 kg of carbon emissions – caused by factors such as land clearing, soil changes, fertilizers, manure, and farm machinery.

On the other hand, plant-based foods such as fruits, vegetables, legumes, and nuts typically have a carbon footprint 10 to 50 times smaller than their animal-based counterparts.

Thankfully, you can reduce your meat consumption without becoming a strict vegetarian or vegan. You can join the millions of people embracing “meat-free Mondays,” replace meat with plant-based alternatives, and join the “flexitarian” diet movement, which still allows you to enjoy your favorite meat and dairy, but encourages the intake of plan-based foods.

Ultimately, we can each help to reduce greenhouse gas emissions from food industry sources with the shopping choices we make every day. Reducing your intake of animal products and placing more emphasis on low-emission foods can significantly reduce your carbon footprint – and improve your health in the process.

With growing awareness about food industry greenhouse gas emissions, we’re realizing that the climate isn’t just impacted by how we grow, produce, and transport food – but also by how much of it we throw away.

A 2018 study published in Science magazine found that food waste carbon emissions accounted for approximately 6% of the global total, or to put it another way, around three times as much as the entire aviation industry. And the carbon footprint of wasted food isn’t just due to the initial land, energy, and water needed to produce it – but also the inefficient decomposing process of the organic matter that ends up in the trash.

“Tossing edible food doesn’t just waste money. Discarded food is sent to landfills, where it rots and produces methane gas, which is the second most common greenhouse gas. In other words, throwing out your food contributes to climate change.” www.healthline.com

If you’re looking for simple and creative ways to reduce your food waste carbon footprint, try following these tips:

As you can see, reducing food waste isn’t complicated science – it’s largely just common sense. If we start to think of food and drink as valuable instead of disposable, we’ll significantly reduce waste, lower CO2 emissions, and make far better use of our limited natural resources.

For food waste you can’t avoid, you can purchase carbon offsets from terrapass to fund facilities that capture and destroy landfill methane.  For example, the Greater Lebanon Refuse Authority landfill in Pennsylvania collects methane from decomposing household garbage and converts it into energy.  By supporting these projects, we can reduce the impact of our food waste on the environment while we work to eliminate food waste altogether.

But a significant amount of America’s emissions actually come from cows – almost 100 million of them – as part of their natural digestive process.

Cows produce small amounts of methane every time they burp or pass gas, which is substantially more effective at trapping heat in the atmosphere than carbon dioxide. Beef and dairy farms also accumulate large amounts of cow manure which releases methane as it breaks down. Some farms reuse manure as fertilizer, but often, it’s simply stored in large pits and left to decompose en masse.

But what if we could eliminate these methane emissions and produce cleaner fuel in the process? Well, at terrapass, we’re working with American farmers to do exactly that.

For example, we’ve worked with the George DeRuyter and Sons Dairy, a 5,500-cow facility, to divert animal manure from open pits into special anaerobic digesters. Instead of the traditional manure breakdown process that produces large volumes of methane, the new digester system captures the emissions so that they can be used to create new forms of clean energy.

Reducing farm methane emissions might not grab the headlines, but it’s a highly effective – and ultimately, critical – step in the fight against global warming. If you manage a farm and you’re interested in reducing your methane and carbon emissions, feel free to get in touch with us to discuss your options.

Lab-Grown Meat Is Coming: Are You Ready?

You may recall the media hype about the world’s first lab-grown hamburger all the way back in 2013. At a London press conference, Professor Mark Post presented the first burger patty that had not come from an animal, but a bioreactor in a Dutch laboratory. Scientists medically extracted cells from a cow, and then cultured them with nutrients and growth-chemicals to create 20,000 thin strands of muscle tissue.

The first version required more than two years and $300,000 to become a reality, but even back then, it was clear that lab-grown meat had the potential to reduce emissions, increase nutrition, free-up grazing land, and help meet the world’s ever-growing appetite for meat.

Today, “cultured meat” is on track to become a billion-dollar industry, and many leading companies are already making eyebrow-raising claims about their environmental benefits. Dutch-based Mosa Meat – headed by Professor Post – claims it can reduce greenhouse gas emissions by up to 96% and land use by up to 99% by growing beef instead of farming it, in addition to significantly reducing the demands for energy, feedstock, and water.

Ultimately, only the combination of time and consumer behavior will decide whether cultured meat plays a significant role in reducing food industry greenhouse gas emissions. But with the promise of healthier, cruelty-free meat with a tiny carbon footprint, there are bound to be plenty of people willing to embrace a new way of eating.

The Resurgence of Eating Local and Seasonal Foods

Today’s supermarkets are a testament to the wonders of globalization: avocados from Mexico, bananas from India, rice from Thailand, and wine from Spain. In America, most of our fruit and almost half of our vegetables now come from elsewhere – and the figure is continually rising.

But in the quest to reduce the carbon footprint of food, there’s a growing movement of people going “back to basics” by eating as much local and seasonal food as possible. And while shipping emissions are often only a small percentage of a food’s overall carbon footprint, eating local is still one of the vital steps needed to decarbonize our diets.

Most imported food arrives by boat before traveling domestically to the final destination by truck and rail. But perishable foods with a brief shelf-life are often sent internationally by air freight, which has a carbon footprint around 50 times higher than when sent by boat.

And while only a small percentage of food travels by air, you need to know what to look for if you want to make greener choices.

Air freighted food is generally not labeled as such at the supermarket, but there’s one key giveaway: if it’s fresh food from a long way away – it’s likely to have come on a plane. Next time you’re at the supermarket, pay closer attention to the “country of origin” stickers, particularly when it comes to fresh fruits and vegetables. When you have the choice between international and local foods – stick with the local option. And if a particular food is only available from a distant country – try to select a different food from a local producer instead.

And of course, in addition to reducing transport emissions, eating local food is great for our communities and helps to create new jobs. So, the next time you need fresh food, why not skip the large grocery stores and try out a local farmer’s market – you’re sure to be impressed with what you find.

We hope this article has inspired you to look at your food and beverages in a new way, and think about just how much our daily choices impact the environment and the climate.

And in addition to making smarter choices about what you eat and drink, you can also offset your remaining food carbon emissions to further reduce your contribution to global warming. If you’d like to discover the carbon footprint of many popular supermarket items, you can try the BBC’s food carbon footprint calculator, which provides valuable and accurate information based on your diet and consumption patterns.  You can also purchase verified carbon offsets from terrapass to support projects that reduce emissions from food waste and agriculture, and restore the natural balance.

In the end, reducing the CO2 emissions from food we eat doesn’t require drastic changes to our eating habits or lifestyles. Instead, it’s about raising awareness at both the business and consumer level, making more informed choices, and voting with our wallets to increase the demand for climate-friendly foods and beverages.

With the increasing effects of climate change and a growing world population, it’s now more important than ever for us to think about the carbon footprint of food – and support the planet that supports us.

← Prev: 6 Things You Need to Know About the Future of Wind Energy Next: Can We Re-Balance the Global Carbon Cycle Before It’s Too Late? → 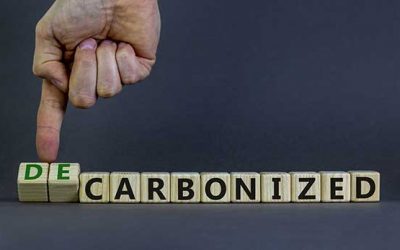 There are a lot of words associated with sustainability and climate change. Some of them are overused buzzwords, while...