The Roadmap to Paris COP21 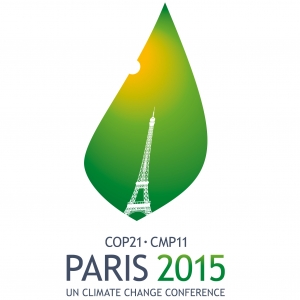 Where: COP21 is taking place in Paris, France
When: COP21 began on November 30th and ends on December 11th, 2015
What is COP21? 21st Conference of the Parties to the United Nations Framework Convention on Climate Change (COP21/CMP11)

Global leaders have once again taken to the international stage – all eyes are on Paris. Decisions made at COP21 will be crucial for the planet’s sustainability in the coming years and possibly decades. The outcome will shape the lives of future generations. 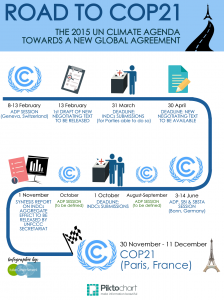 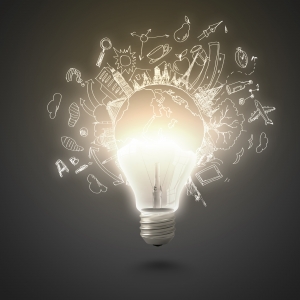 Goal of COP21: The parties need to move towards a new international agreement on climate change, applicable to all, which would keep global warming below 2°C until 2100. Following that, world emissions need to fall to zero, according to Intergovernmental Panel on Climate Change. Limiting global warming to 2°C is considered the most the Earth could take without risking catastrophic changes to food production, wildlife, and water reserves.  Find out more about the conference and its goals on the COP21 website.

Negotiation Structure: To foster the free flow of thoughts and to hopefully accomplish their agenda, the conference has  three discussions phases taking place:

This approach should lead to an agreement that will be inclusive and flexible enough for each country to implement with minimum resistance from the industries and political groups. Find out more here. 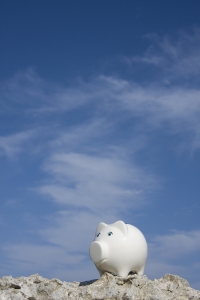 195 – Number of parties to reach an agreement

Reaching an agreement between 195 participants is no easy task. There are many debatable topics to cover such as climate financing, finalizing the legal language of the main document, and making the agreement flexible enough to last for years. Read about the 5 major challenges in this article.