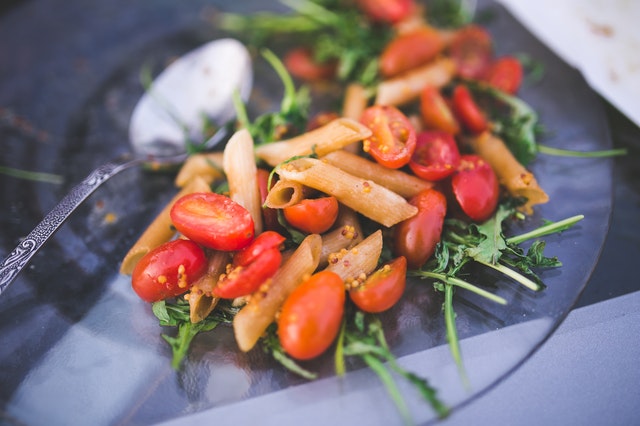 Have you ever given much thought to how your diet impacts the climate?

For a long time now, experts have sung the praises of plant-based diets as a way to reduce the risks of obesity, heart disease, and diabetes. But with all of the recent focus on carbon emissions, there’s growing evidence that reducing meat consumption might also be one of the most effective ways to combat global warming.

But while many of us are open to the idea of a vegetarian or vegan lifestyle, the thought of committing to strict dietary rules can be a daunting one – and the fear of failure can be a powerful deterrent.

And, frankly, what if you’re simply not ready to give up meat and dairy just yet?

Well, the last decade has seen the emergence of the “flexitarian” diet, which combines the health benefits of plant-based foods with the sustainability – both for the planet and your lifestyle – of reducing, but not eliminating, your intake of animal products.

And so, is changing your diet a sustainable way to reduce your carbon emissions? And is the flexitarian lifestyle a good fit for you? Let’s take a closer look and find some answers.

What Is a Flexitarian Diet? 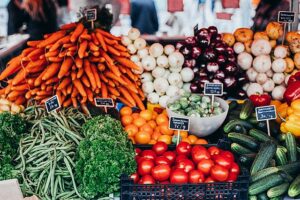 The term “flexitarian” – a combination of the words flexible and vegetarian – was first made popular by the dietitian and author Dawn Jackson Blatner in 2009. Whereas vegetarians don’t eat meat, and vegans avoid animal products altogether, flexitarians follow a mostly plant-based diet with the occasional servings of animal proteins such as meat, cheese, eggs, and milk.

Flexitarian diets can also vary significantly between people; some still regularly eat meat but focus on reducing portion sizes, while others follow a plant-based diet interspersed with animal proteins a couple of times a week.

“…research consistently shows that drastically reducing animal food intake and mostly eating plant foods is one of the most powerful things you can do to reduce your impact on the planet over your lifetime, in terms of energy required, land used, greenhouse gas emissions, water used and pollutants produced.” Sharon Palmer, Nutritionist and Author of “Plant Powered for Life”

While the flexitarian diet avoids many of the hard-and-fast rules that people often find restrictive, it’s generally based on the following principles:

Ultimately, being a flexitarian is about finding the right balance. And with growing evidence showing that plant-based diets are not only better for your health but also a great way to reduce emissions, the flexitarian diet offers the perfect mix of choice and sustainability. 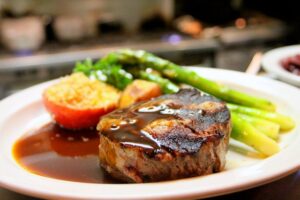 With a current world population of just under 8 billion – a figure expected to reach 10 billion by 2050 – our appetite for meat and animal products is increasingly warming the climate.

In fact, the most recent studies have found that food production accounts for 26% of total greenhouse gasses – more than the entire transportation sector – and, like the global population, the figure is only expected to keep growing.

By far the most carbon-intensive meat production is beef, which requires vast areas of open land, feedstock, water, and fertilizers. Currently, around half of the world’s habitable land (meaning not covered in ice or desert) is used for agriculture – and approximately 77% of that land is used purely for raising livestock.

“…beef is more than 100 times as emissions-intensive as legumes. This is because a cow needs, on average, 10 kilograms of feed, often from grains, to grow 1 kilogram of body weight, and that feed will have required water, land and fertilizer inputs to grow.” Dr. Marco Springmann, University of Oxford.

With around 1.5 billion cows grazing in paddocks around the world – more than double the 1960 figure – our growing demand for beef is having a severe impact on the environment. And while cows themselves are not to blame for global warming, their natural digestive process and resulting manure produce high volumes of methane, a greenhouse gas 84 times more potent than CO2 as a climate-warming agent.

A comprehensive study by Our World In Data – which drew information from 38,000 farms across 119 countries – found that producing 1 kg of beef creates around 60 kg of CO2, compared to 24 kg for lamb, 7 kg for pork, and 6 kg for poultry.

On the other hand, plant-based proteins are substantially less carbon-intensive. 1 kg of corn creates only around 1 kg of CO2, soymilk and peas even less at 0.9 kg, and nuts lower again at just 0.4 kg.

With a growing body of research providing a clearer picture of food’s impact on the climate, it’s evident that diets that are lower in meat and higher in plant-based proteins are far more sustainable – for both your health and the environment.

As more people become aware of the sources of carbon emissions, we’ve seen the emergence of a range of meat substitutes that aim to offer an identical dining experience without the associated emissions and land requirements.

New offerings such as the Impossible Burger – which replicates the taste and texture of beef using soy and other plant-based proteins – have already started to appear in hamburger chains around the country. And while the release of these “fake meats” has generated a wide range of responses, the market for these beef alternatives is expected to grow to $140 billion over the next ten years.

Then there’s also the burgeoning interest in lab-grown meat – indeed a product in need of a more appetizing name – which recreates meat in a large bioreactor using animal DNA. While the technology hasn’t yet matured enough to replicate a steak or chicken breast, leading companies have been able to successfully produce ground mince in the form of meatballs and hamburger patties.

Like plant-based alternatives, lab-grown meat companies have been quick to promote the benefits of significantly lower carbon emissions, reduced land use, and higher nutritional value. Whether or not you can stomach the idea of “artificial” beef, it seems as though lab-grown meat will offer an effective way to reduce both carbon emissions and the demand for scarce natural resources.

In the context of a flexitarian diet, these animal-free alternatives may help to ease the transition towards a plant-based lifestyle. While many of us enjoy eating meat and aren’t willing to eliminate it from our diets completely, a large percentage of people are open to greener alternatives – provided they have the right taste, texture, and price. 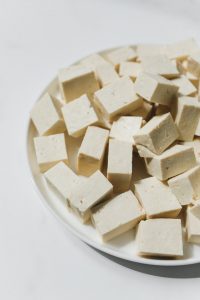 One of the main drawcards of the diet is that it’s not a rigid set of rules, but rather a lifestyle that you can adjust to suit your needs. A key aspect of being flexitarian is not to look at it in terms of what you’re removing from your diet – but what you can substitute in without missing out on the flavor and enjoyment of your food.

Chicago-based creator of the flexitarian diet, Dawn Jackson Blatner, explained that she wanted to popularize a lifestyle that focused on the benefits of eating clean and green, rather than feeling guilty about occasionally breaking the rules:

“I’d been a vegetarian for over 10 years but ate meat on rare occasions. Every time I ate meat I felt like I was being a bad, lazy vegetarian. So I developed this style of eating for people who know that vegetarianism is one of the healthiest and smartest ways to eat, but don’t want to sit in the corner at a BBQ with an empty bun.”

In her book The Flexitarian Diet, Blatner breaks the lifestyle down into three tiers:

As you can see, the diet still allows for regular servings of meat, cheese, eggs, and milk, but with a stronger focus on including more plant-derived foods into your weekly meal plan.

Ultimately, it’s important to remember that every time you reduce or substitute an animal-based meal, you’re helping to reduce CO2 emissions. And whether you choose to lower your meat consumption by a little or a lot – you’re having a positive impact on the climate.

Tips for Starting a Flexitarian Diet

One of the great things about becoming a flexitarian is that you can start it any time you like.

If you’re keen to try the diet but worry that you’ll find it difficult, it’s often best to try going meat-free one or two days a week, and then gradually increasing the frequency until you’ve found the rhythm that works best for you.

If you need some ideas about the kinds of foods you can eat instead of meat and dairy, here are some suggestions:

You can also try out some of the recipes published by Forbes magazine, which provide healthy and environmentally-friendly alternatives to many popular meat and dairy dishes.

The flexitarian diet is one of the easiest, most accessible ways to reduce your carbon footprint. Free from the strict rules that come with being a vegetarian or vegan, the flexitarian diet allows you to experiment with greener and more sustainable forms of food – without needing to give up your favorite hamburger or steak. You can also balance the carbon footprint of the meat that you do eat by purchasing carbon offsets from terrapass to fund carbon reduction projects.

And in a world that will soon be home to 10 billion people, it’s clear that our current methods of producing food are not sustainable in the long-term. But by adopting smarter lifestyles and paying closer attention to the food on our plates, we can all help to reduce global emissions – and enjoy some delicious new meals in the process.