Accountability in the consumer carbon offset market: just what are you paying for?

Another sign of the gradual maturation of the consumer carbon offset market: the New York Times recently filed a piece that moves beyond the simple who, what and why of the industry (although the article still has plenty of that), and instead focuses more intently on how to differentiate the various organizations in this space. Like most first-look articles, this one makes some fairly wince-inducing statements, but I give the Times credit for at least raising the issue of accountability.

Here are the money paragraphs:

“The challenge for consumers is that there is no uniformly accepted standard for what constitutes a valid reduction in global warming pollution,” said Daniel Lashof, science director of the climate center of the Natural Resources Defense Council. The exceptions, he added, are green tags carrying the Green-e certification, a seal of approval issued by the Center for Resource Solutions, a nonprofit group based in San Francisco that verifies that clean-power companies sell the amount of power they say they do.

That label, however, is limited to green tags, and doesn’t apply to companies that sell a mix of projects. Those involving reforestation can be especially difficult to verify.

“There’s not a whole lot of great tracking for building forests in Costa Rica,” said Brendan Bell, associate Washington representative of the Sierra Club’s global warming and energy issues program. “How do you know the same acre isn’t being sold to a bunch of people?”

Some marketers are trying to improve accountability. The Conservation Fund sends certificates to supporters, telling them when and where their trees were planted. TerraPass has transactions verified by the Center for Resource Solutions. And the Climate Neutral Network, an independent nonprofit group in Portland, Ore., has developed a “Climate Cool” certification for carbon offset products, though it has not been widely adopted. The Center for Resource Solutions is also developing an offset certification similar to Green-e that it hopes to introduce this summer.

Notice that the Center for Resource Solutions pops up in three places. First, the CRS’s Green-e certification is cited as the only uniformly accepted standard for what constitutes a valid reduction in global warming pollution.

Next, the CRS appears as the third-party auditor that verifies TerraPass’ carbon transactions. You can see CRS’s spiffy Green-e logo on the content label that accompanies every TerraPass we send out. What the article fails to make clear is that we are the only organization in our industry that is audited in this way.

I wouldn’t expect the Times to draw out these particular points. But in skipping some of the finer details, the article does leave a few unfortunate misimpressions. For example, are we really meant to see any sort of equivalence between the independent third-party audit that TerraPass voluntarily submits to, and the certificates that other organizations send out to their sponsors? Certificates aren’t a form of accountability any more than our window decals are.

And toward the end the article baldly states, “Accountability may be especially important in the for-profit arena.” There’s enough wiggle room in that sentence that perhaps some defensible interpretation can be made. But taken at face value, the sentiment is deeply wrong. Accountability is important, period, full stop. The tax status of the organization selling the offsets has no bearing on the quality of the product. Whomever you’re buying from, demand accountability.

← Prev: Carbon offsets are going mainstream Next: Al Gore at TED: How to live a carbon neutral life →

It’s no secret that to sustain all human and animal life on earth, we need to support the natural systems that provide... 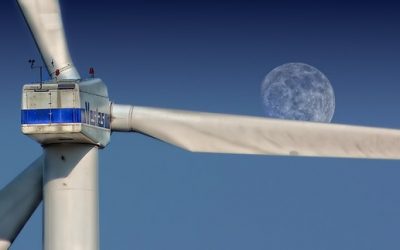 The image of a large wind turbine slowly rotating in the sun has long been the poster child of renewable energy – and... 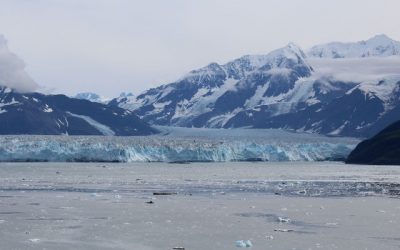 Are Carbon Offsets The Answer To The Climate Change Crisis?